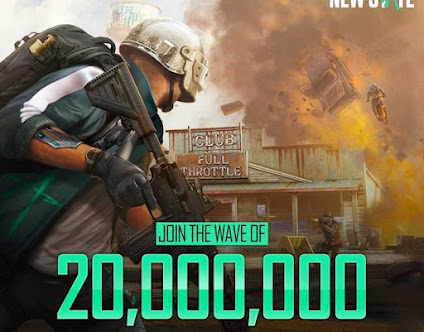 Krafton released a video today in which the CEO and Founder of the studios discussed the upcoming projects. PUBG New State’s global release date has been set for the month of November. On top of that, they announced a new series of field trips for Troi, PUBG: New State’s feature map. As part of this video series, he’ll go over the game’s gameplay and prepare players for the upcoming release. In PUBG New State Field Trip episode 2, players will experience new gameplay elements. What follows is a look at some of them.

Starting episode 2 with Troi exclusive vehicles, Brian Corrigan shared “Troi has the classic PUBG vehicles that you know, and love. But there are also a lot of new toys in the garage. First up is the Volta and all-new electric speedster featuring speedy electric transmission and a stealthy engine, although it’s quieter than its gassy counterparts, it still is audible range-wise as the other vehicles to keep your experts. The sound is unmistakable in the field. Sounds like the perfect ride. Right? Well, there’s a catch.”

“Although the battery consumption is comparable to conventional cars engaging the boost will chew right through the charge so use it sparingly or you’ll find yourself stationary. Oh, and the Blue zone is a magnetic field so it isn’t kind of batteries driving through, it will drain the battery over time, so it’s the best option that depends on your situation” he added.

Moving on to the next vehicle, the all-new two-wheeler named Vulture, “This bird (Vulture Bike) is a slow accelerator, but once you engage the boost you’ll be tearing through the town. That said, while the vulture boasts a higher max speed than conventional motorbike, That momentum is dependent on the boost, which is a total gas guzzler.” 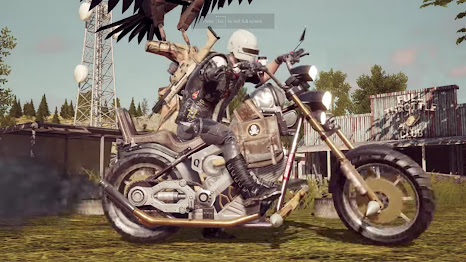 Talking about another addition to the Battlegrounds, the Tram, he shared “If your battle-weary, you need some time to heal up and re-strategize inside the trams of Troi. Railway of the Future is a fine choice, perpetual and Impenetrable. You’ll be gliding through the city safely so long as no one else is inside or playing an ambush on your exit.”

Troi has exciting loot mechanics to amaze its players. “In addition to gather loot the old fashioned way, you’ll now find that accrue drone credits as you explore Troy, which can bee exchanged for meds ammo and new items designed to give you the upper hand in the futuristic mayhem. Once you complete your purchase, your items will be delivered by a drone.

Further interesting add include Dyneema Vest & Weapon Customization. The Dyneema armor is lightweight & offers higher mobility to players, but it is more vulnerable to 7.62 & 12 Guage ammo. On the other hand, the Weapon Customization kit will offer unique new attachments to your guns to enhance their effectiveness in your own way that suits your gameplay.